via Crochet Along (CAL) CONNIE’S RAY OF HOPE

“It’s that time of year….” I heard this the other day while standing in line at our local dollar store. The two ladies were talking about the weather in our home town. But when I heard it, I thought, “What day is it anyway?” I had to think on it before I could even come up with a month. The very next thought was, “There is no way it has almost been a year!!” I kept that thought, until I could get back home and look at the calendar to prove that my mind was just playing tricks on me again. And sure enough it was there in black and white. It really had been almost a year. It seems to me like it was maybe last week at the most. Then it all came flooding back in full blown sight, sound, smell, color, and pain. My Baby Girl, Krista, will have been dead a year next month on the 15th. Mind you, this never leaves me, it just has its days that I can put it to the back long enough to get through a conversation, a tv show, a trip to the dollar store. I hardly ever sleep anymore and I know I’m not taking as good of care of myself as I should. I’m reminded of it every 2 or 3 months when I have to go to the doctor to get my meds refilled. But does the pain ever stop, or maybe even just lessen a tiny bit? Is there anyone else out there that feels the same way? Does anybody even give a damn? That is just a few of the billion questions I have that I may never have an answer for.  The most mind fogging one is, how could it EVER get better as long as this nightmare continues? So very many things that I think I need help with, that it doesn’t really seem to be worth the effort. 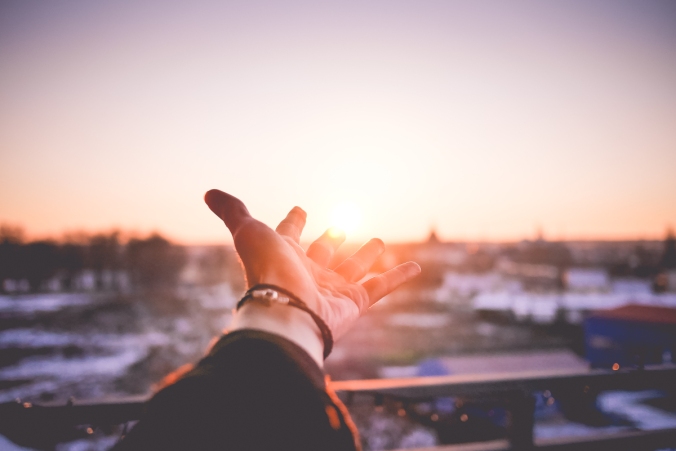 So you think you’ve missed out on God’s plan for your life? I beg to differ.

Source: “So you think you missed God’s will?”

I’m new to this, so forgive me if it isn’t what you thought it would be. I just feel that I have to put my feelings to words. My husband and I lost our daughter on May 15, 2016. She was in a terrible car accident on May 13th that took the lives of two other people in the car, instantly. She lived through 2 more days, with the help of life support. The hardest thing I ever had to do in my life was to tell the doctors to turn the machines off, to just stop the hurt and let her go to God. I miss her more than I could have imagined. It hurts everyday, some less so than others, but it is always there. I cry every day. I don’t want to wake up, and then I don’t want to sleep. Any time I smile, I feel guilty. Any time I can get away from my home, when I return, I feel like I left something out that I was supposed to do. END_OF_DOCUMENT_TOKEN_TO_BE_REPLACED

I could not have said it better myself!!

Congratulations on your historic win. Your campaign was anything but conventional and to say that the odds were stacked against you would be a gross understatement. You have effectively and officially marked the beginning of the end of the Clinton machine as I’m sure that, this very minute, their donors are bailing like rats into the sewer. The people have spoken, and it is clear that we sense something in you. We sense momentum. We sense a course correction. We sense real hope. We sense a push-back against political correctness. We believe we have elected a champion for our cause. It’s a good day for conservatives everywhere.

Something needs to be said though.

We, the people WILL hold you accountable.

You made many substantial promises on the campaign trail. One of the main reasons you were voted in is because we are sick and tired of empty…

I had no idea how dirty the little thing was… While away on vacation, my wife and I found ourselves in a flea-market/bazaar in a different state. Vendors of all different nationalities were d…

Source: Why you really need to stop gossiping TODAY